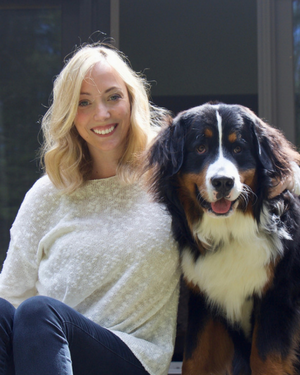 Author: The Uncorker of Ocean Bottles

Michelle was born in 1982 in Berkshire County, Massachusetts. She graduated from Williams College and holds a master of fine arts in creative writing from the University of Virginia, where she received the Henry Hoyns Fellowship.

Michelle is the author of The Care and Feeding of a Pet Black Hole, Smoot: A Rebellious Shadow illustrated by Sydney Smith, The Uncorker of Ocean Bottles illustrated by Caldecott medalist Erin E. Stead, Confessions of an Imaginary Friend, Beyond the Laughing Sky illustrated by Julie Morstad, and The Masterwork of a Painting Elephant illustrated by Ed Young. Forthcoming in 2018 is The Town of Turtle illustrated by Catia Chien, about a turtle doing some big renovations on his shell.

Her 2017 title The Care and Feeding of a Pet Black Hole was optioned by Fox
Animation/Matt Reeves, and her 2015 title Confessions of an Imaginary Friend is being developed into an animated feature film by Fox Blue Sky. The Uncorker of Ocean Bottles, a national bestseller, was named best book of the year by Time, People, The Boston Globe, and School Library Journal. Her books have been translated into over twenty languages.

Michelle also writes for animated films. Her first short film Follow Your Heart qualified for the animated shorts category of the 2018 Academy Awards. Happy Birthday, Ada, commissioned by Google, won 1st place at the 47th ASIFA-East Animation Awards.
​
Her hobbies include watercolor painting, drawing, and spending time with her Bernese Mountain Dog named Indy. She enjoys travel and has lived abroad in Australia and Italy.

Some of her favorite books are The Velveteen Rabbit, The Giving Tree, Charlotte’s Web, Le Petit Prince, To Kill a Mockingbird, and poetry collections by Shel Silverstein, James Tate, and Mary Oliver.

If she had to choose a job other than author, she would be a paleontologist.