In this post, we’ll take a look at Mama Lillie, the first of two important women in Hank’s life and career.  We also have the pleasure of introducing you to Danon Dastugue, the delightful lady playing the role in our production of Hank Williams: Lost Highway 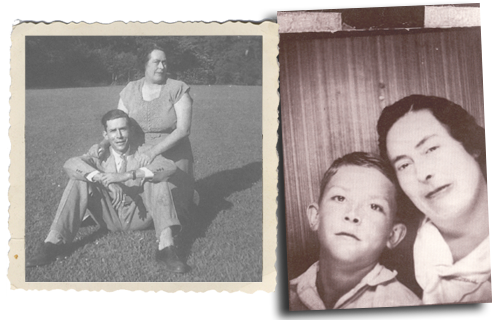 Ladies and gentlemen, meet Jessie Lillybelle Skipper Williams, called “Mama Lillie,” Hank Williams’s mother and the woman responsible for launching his early career.  This strong-willed woman raised Hank and his sister by herself, after her husband Lon was permanently hospitalized for  a war injury.  To make ends meet Mama Lillie worked many odd jobs, including running a boarding house – which may or may not have been rented by the hour.  She had her children, Hank and his younger sister Irene, work odd jobs selling peanuts and shining shoes.

Lillie was not naturally a nurturing woman, and that combined with her working long hours to provide for her family meant that Hank spent a lot of time on his own.  What she lacked in maternal instincts, however, she made up for with drive – she was credited with buying Hank his first guitar, and often set him up outside the local radio station, selling packed lunches or peanuts, and playing music.  Although the specifics of how Hank got his guitar are up for debate, Lillie remembered it this way:

I’ll never forget the day I brought Hank home his first guitar, a second-hand instrument that cost $3.50.  That was a lot of money then.  I was making only a quarter a day nursing or sewing.  Hank was so overjoyed at the sight of the guitar, he rushed out in the yard and grabbed a calf by the tail.  The little animal threw him and broke his arm, and he couldn’t play his new guitar for weeks.

In the early days of Hank’s career, Lillie served as his manager of sorts, booking him on the radio and in honky tonks, and driving him to his various gigs.  Often, the members of Hank’s band would live in her boarding house, and she would feed them in lieu of wages.  After Hank married Audrey, there was much tension in the family; Mama Lillie did not approve of Audrey (who was older and had a daughter from a previous relationship), nor did she appreciate Audrey’s take-charge attitude over Hank’s career.  Only after Hank’s death did Lillie and Audrey finally agree about how his estate should be managed.

The lovely and talented Danon Dastugue is a firecracker of a woman with a bright smile and a big belly laugh.  She stepped into Mama Lillie’s shoes right away, and took Hank on a little tour around the country.  She shares her photos of their “tour” with us here. 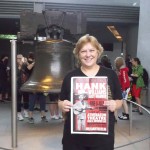 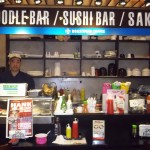 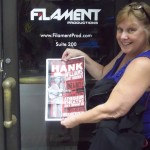 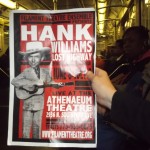 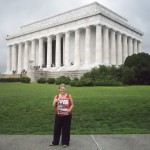 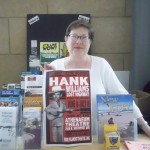 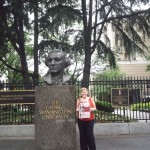 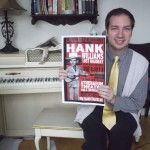 Stay tuned for our next post, where we take a look at the other prominent female figure in Hank’s life, his first (and second!) wife Audrey Mae Sheppard Williams, played in our production by ensemble member Mary Spearen.